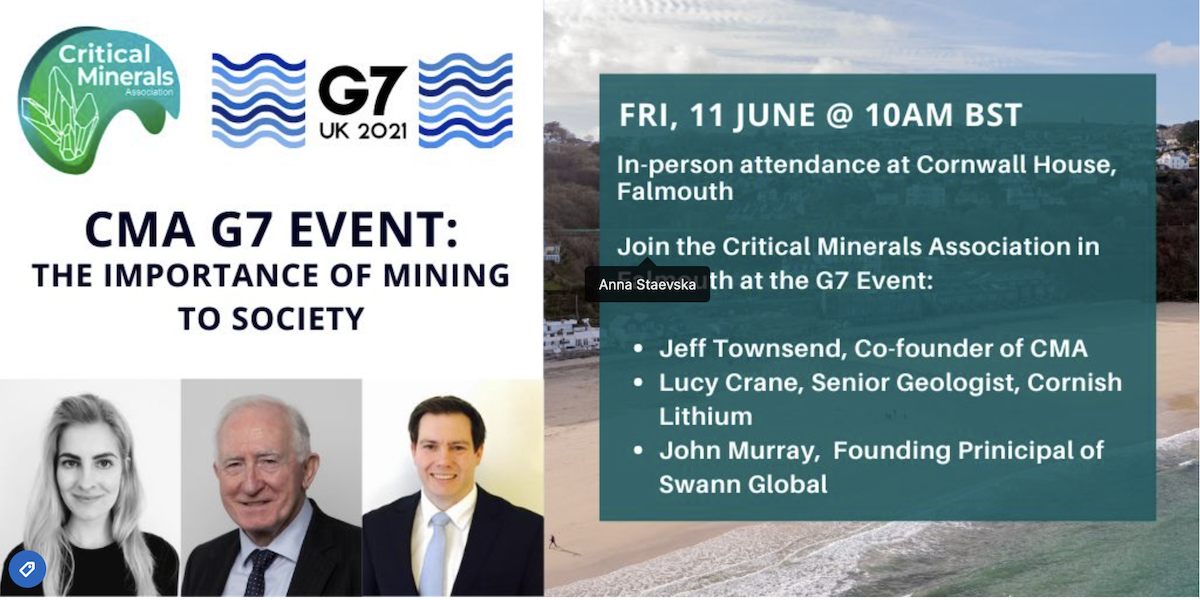 For those unable to attend, please register for livestream here: https://lnkd.in/eG4M2pS

The event is free to attend, and a fantastic opportunity to be part of the G7 action with Cornwall Development Company! 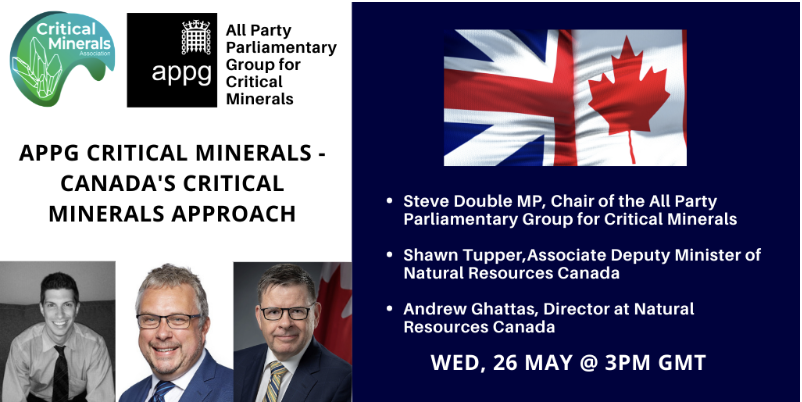 Review of testwork and process development for a magnetite recovery plant. 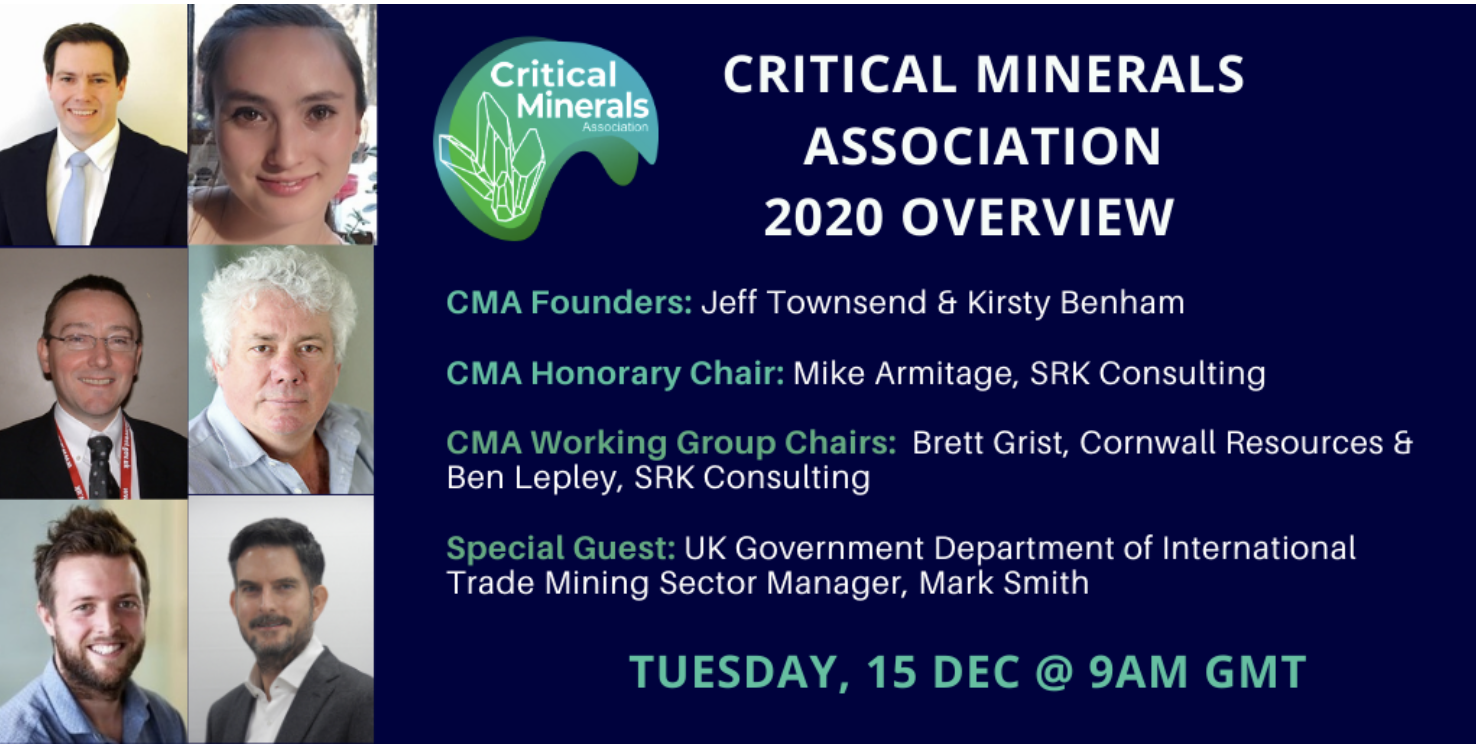 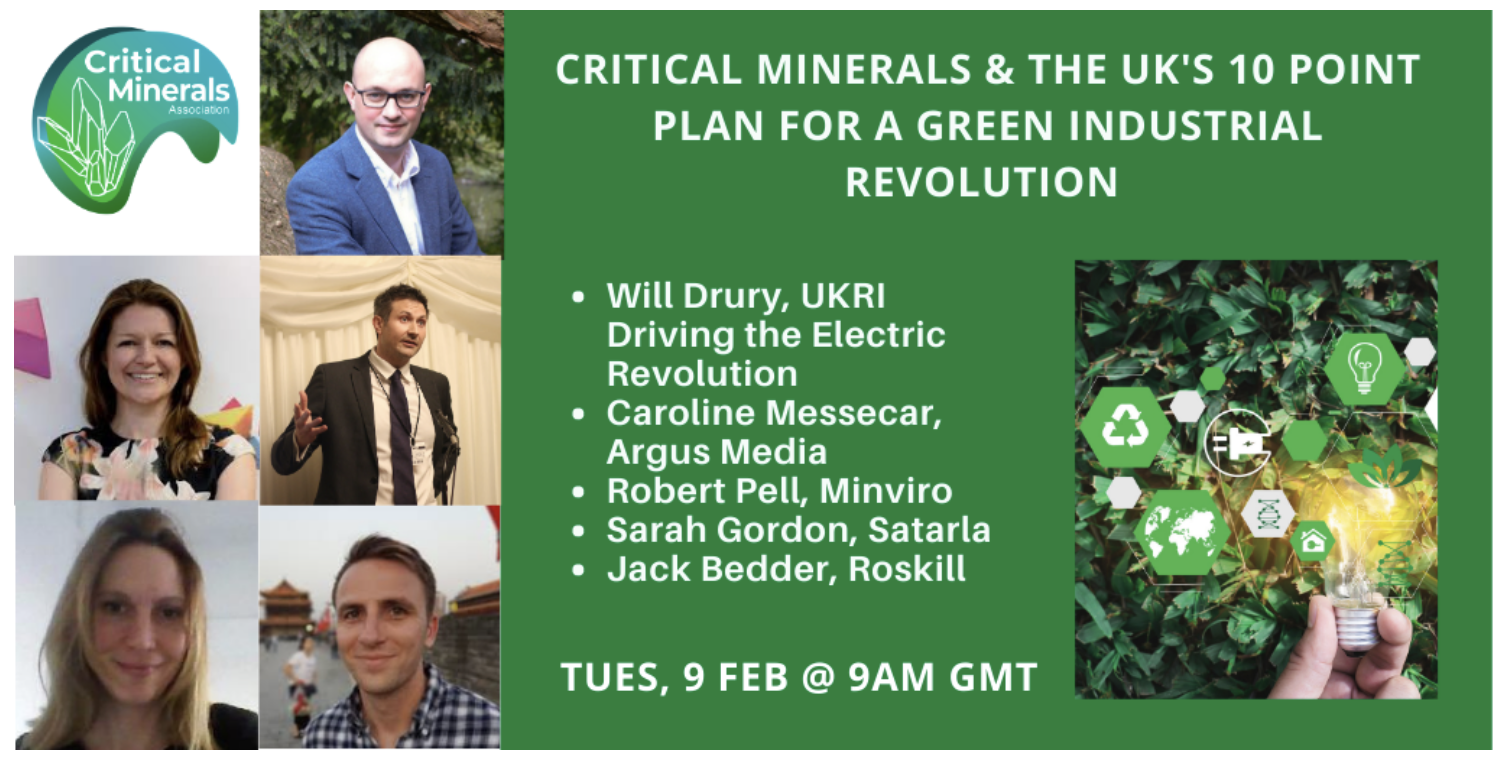 Contributed the course material for filtration in minerals processing and hydrometallurgy.

Assisted with the organisation and running of the APPG. 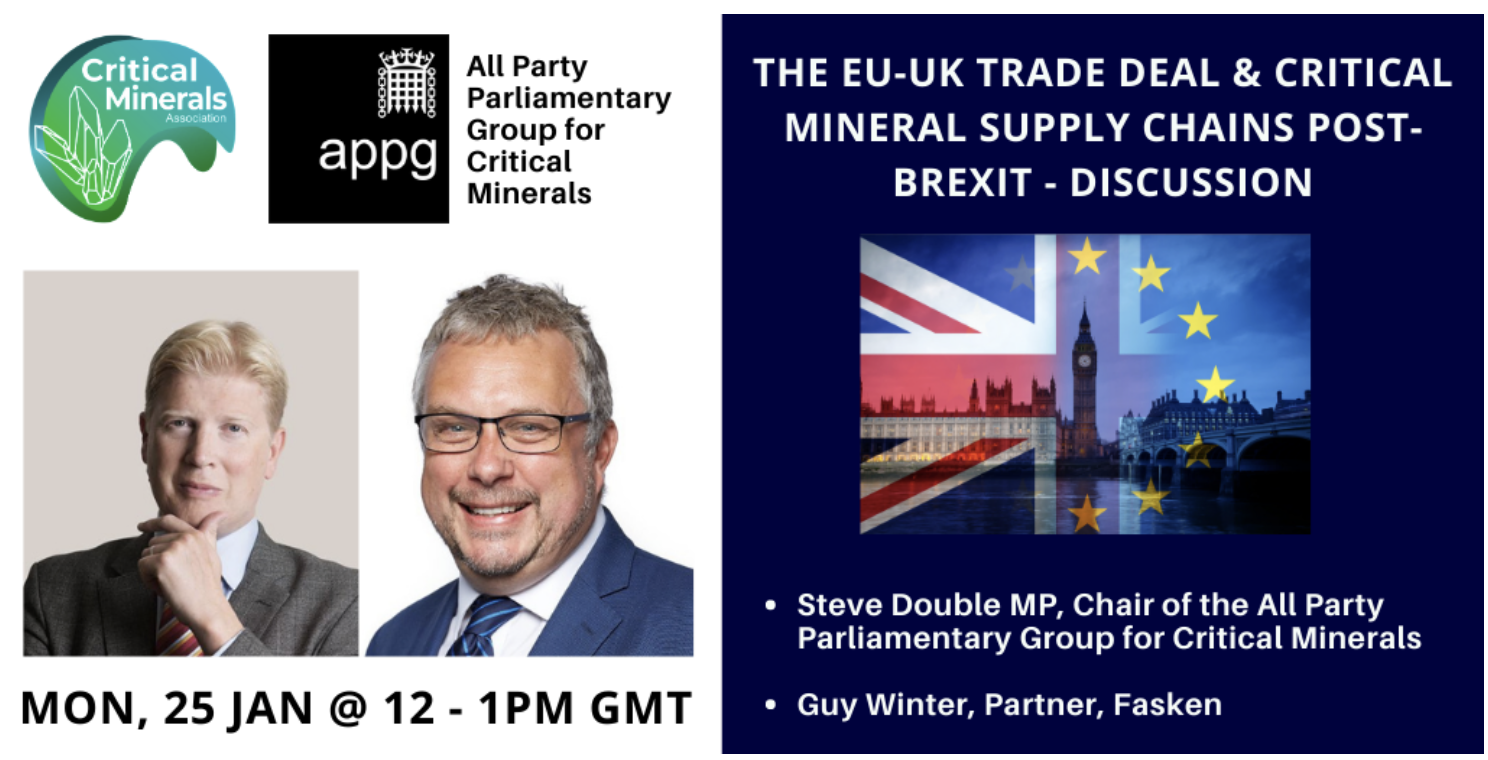 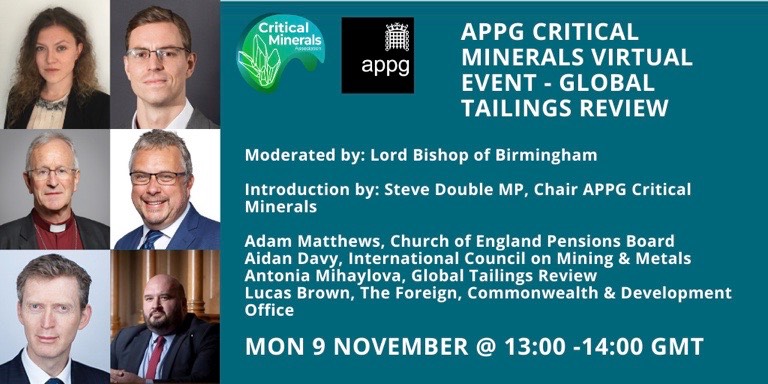 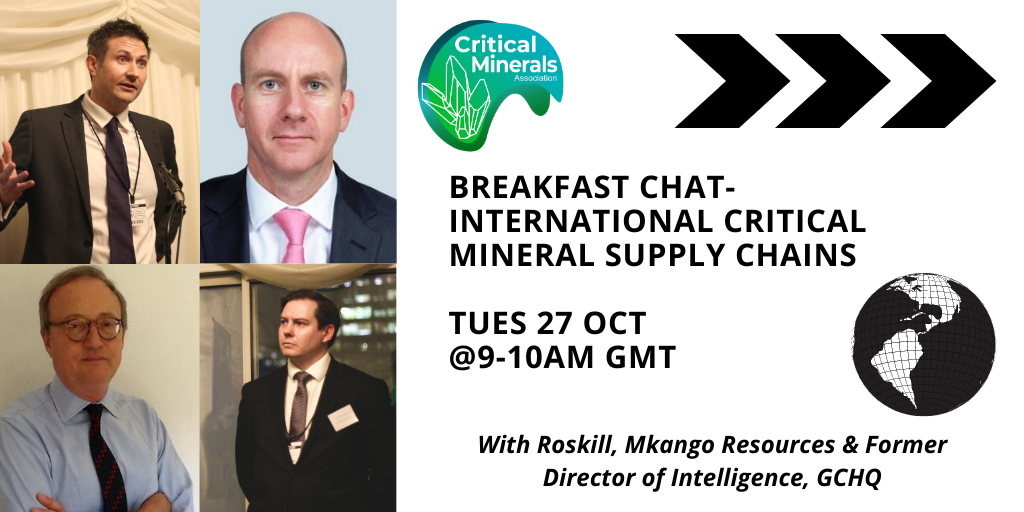 Jeff Townsend chairs webinars and podcasts by the Critical Minerals Association that can be accessed from its website https://www.criticalmineral.org

Government relations engagement for a mining project in the Caucasus.

Update of an iron ore project due diligence study. 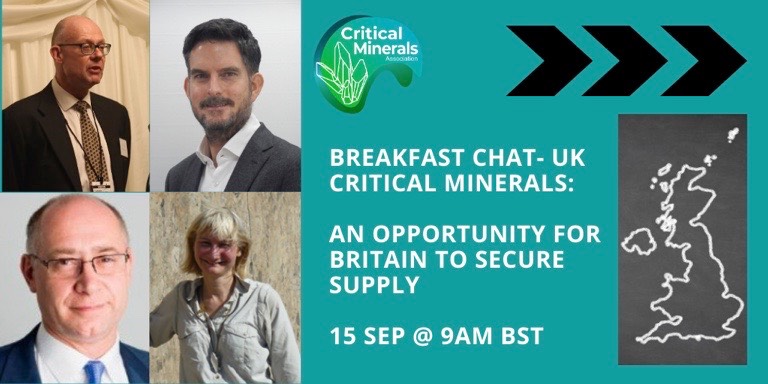 "FEARS have been raised that the Chinese government could be hacking telephones of MPs critical of the Beijing regime.  Newly-elected Conservative MP Gary Sambrook has told the Sunday Express that he has had to get his phone checked after he joined the China Research Group of parliamentarians set up by Tom Tugendhat, chairman of the foreign affairs committee.  Mr Sambrook, the MP for Northfield in the West Midlands, said: “I joined the China Research Group and a couple of days later my mobile phone started going funny.  “I had words in Chinese randomly coming up on the phone and it looked like it might have been hacked.”

The China Research Group (CRG) was set up by Mr Tugendhat in the wake of the Hong Kong crisis and amid new crackdowns by the Beijing regime as well as concerns over its involvement with the spread of coronavirus.

The CRG initially focussed on preventing Huawei from being involved in the UK’s 5G network but intends to monitor Chinese industrial policy, technological developments and foreign policy.

Mr Sambrook’s allegations come as another Conservative MP Alexander Stafford has warned that China must not be allowed to deny Britain access to “critical minerals” which are needed for the battery and renewables technology upon which the country’s green revolution depends.

He said: “At a moment’s notice China can just pull up the drawbridge and not allow these minerals over... We need to have control over them and also need to secure them for our own national safety and that is why it is incredibly important.”

Mr Stafford argues that the difficulties of securing PPE at the start of the pandemic demonstrated why Britain needs dependable supply chains for vital resources.

Jeff Townsend, the founder of the Critical Minerals Association, shared his concerns but argued Britain had the opportunity to develop its own resources and secure access to international mineral reserves, saying: “The reality is the economy based on oil is coming to an end. These new economies of green electricity, green energy, green cars, they are based on critical minerals.

“China basically dominates [the market for] nearly every single critical mineral on earth because they spotted this 20 years ago and they started this strategy...

“People say we need to catch up with China. The reality is we can overtake China if we’re strategic.”

He argues that technological breakthroughs mean lithium can be mined in Cornwall and cobalt can be secured as a by-product of refining nickel".

Quick review of proposals for a potential gold mine project for an investor.

Ongoing engagement with the UK Government on behalf of strategic minerals suppliers, in particular lithium and rare earth metals.

Due diligence review of proposals for upgrade of an iron ore project.

"In the UK, rare earths are integral to the government’s industrial strategy, according to Jeff Townsend, who this year set up a lobbying firm to represent the industry’s interests".

Provided processing advice and contact with the host government for the owner of a phosphate prospect. 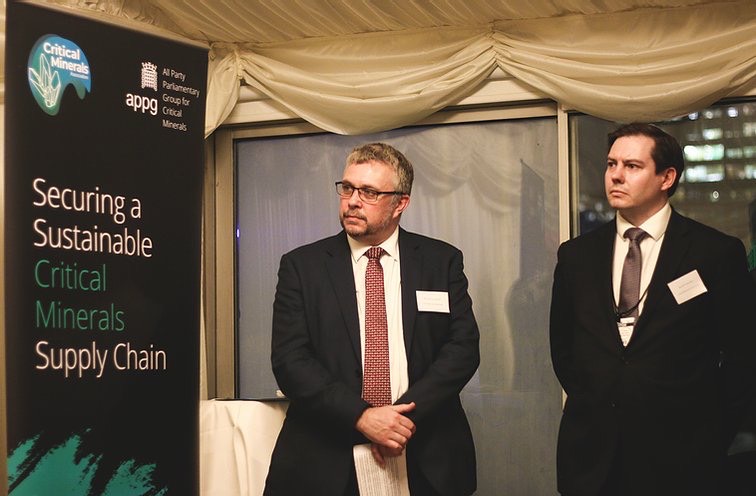 The APPG Critical Minerals is Chaired by Steve Double MP, St Austell and Newquay and its members include: Pauline Latham MP, Scott Mann MP, Christina Rees MP, Alex Sobel MP and Alexander Stafford MP. The evening was a huge success with over 60 individuals from across Industry and Government coming together to embrace the need for greater dialogue and strategies around the Critical Mineral space. Minister Zahawi, the UK Minister for Business & Industry outlined his support for Critical Mineral supply chains and the UK Mining sector.

Review of proposals for a plant expansion.

Review of proposals for expanding an iron ore mine and process plant.

Helped organise and presented papers at a Filtration Seminar in South Africa.

Due diligence review of metallurgical sections of a nickel project proposal.

Due diligence review of a study for a metallurgical plant with copper recovery by flotation and gold recovery by CIL of flotation tails.

Due diligence review of a study for a copper/gold metallurgical plant.

Ongoing minerals industry consultancy to a confidential client, including finding individuals and companies to help them execute projects.